Before Gifting an Algerian Love Knot, Know What it Signifies

Are you looking for a perfect anniversary gift for your girlfriend or your wife. Show her the intensity of your love and affection by gifting her an Algerian love knot.

Home / Uncategorized / Before Gifting an Algerian Love Knot, Know What it Signifies 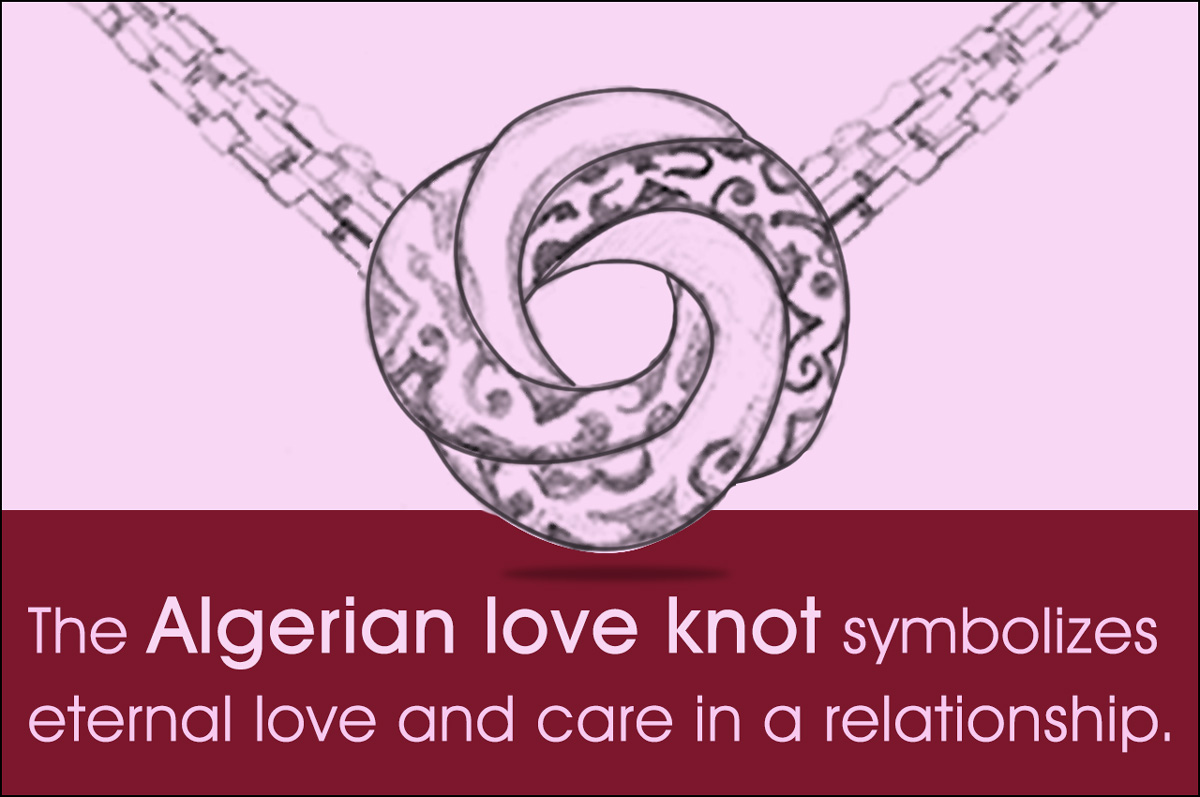 Are you looking for a perfect anniversary gift for your girlfriend or your wife. Show her the intensity of your love and affection by gifting her an Algerian love knot. 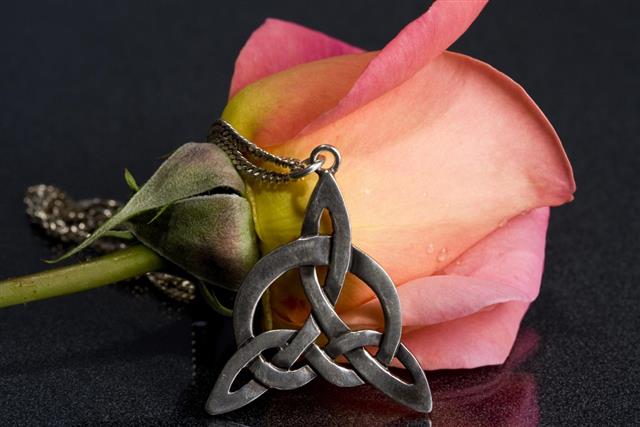 An Algerian love knot is a fashionable knot consisting of three or more metallic rings which have been flattened out and decorated with a complex Arabic design. In some parts of the world, it is commonly referred as Celtic love knot. This love knot symbolizes eternal love and care in a relationship. It is also a symbol of completeness and stability in many cultures.

The beautiful necklace became a center of attention after the release of the most successful movie in the James Bond franchise, Casino Royale. It was worn by the lead actress of the film, Eva Green. This beautiful necklace played a very pivotal role in the movie. This special edition love knot was made by Sophie Harley and it costs a whopping $2,900. Well the price tag makes it really expensive, nevertheless this love knot has captured the eyes of die-hard Bond fans and they don’t shy away from spending on it.

The use of this beautiful piece of jewelry can be traced back to the Roman empire, though there is very less evidence available on this. Since ancient times people have believed that knots have magical powers. These magical powers would be used to create good and bad instances in the lives of people. Algerian love knots were primarily associated with love, care, health, weather and spirits.

The ancient cultures found these knots as an important tool for performing magical tricks. But other than magic, they also used these knots for different purposes. For example, some native American tribes used love knots as a symbol of communication and friendship. Love knots became globally known in the eighteenth century, as fishermen used to tie these knots as a remembrance of their loved ones. Love knots are also of great significance in the Irish history and in Ireland they are popularly known as Celtic knots or love knots.

There are many things that this love knot signifies. Today many people attribute their own meanings or personal philosophies to this magnificent piece of jewelry, hence making this feminine accessory a popular item in the world of necklaces. People in love see this love knot as a perfect gift to express their togetherness.

The complex design of the knot, signifies the intensity and passion which love brings in life. It also resembles the complexity of human emotions. Spiritualists see these love knots as a symbol of both the worlds. In Celtic mythology love knots are described as a symbol of meeting your loved one even after death. Hippies see it as a symbol of eternity, which means that there is no beginning and no end.

The most popular form of these love knots are the white gold love knot and love knot ring. You can gift the necklace to your lady and similarly, a woman can gift this ring to her man. If you are not in a relationship, you can also buy this beautiful piece of jewelry yourself. Most people don’t care about the significance and the many meanings associated with such love knots.

They just admire the necklaces and rings for their craft, beauty and versatility. Love knots are also used as charmed bracelets which defines attitude and is also considered a style statement. An Algerian love knot is a classic yet fashionable accessory. As they are available in many sizes, this beautiful love knot or ring is an excellent accessory for any outfit.

Well, I am still amazed by the beauty and design of this beautiful love knot. Gift it to someone special or to yourself, it will always makes you stand out in a crowd.