Veils or coverings are worn by millions of Muslim women all over the world to show their modesty and honor their religion. The coverings or veils have different names depending on the countries they are used in.

Veils or coverings are worn by millions of Muslim women all over the world to show their modesty and honor their religion. The coverings or veils have different names depending on the countries they are used in. 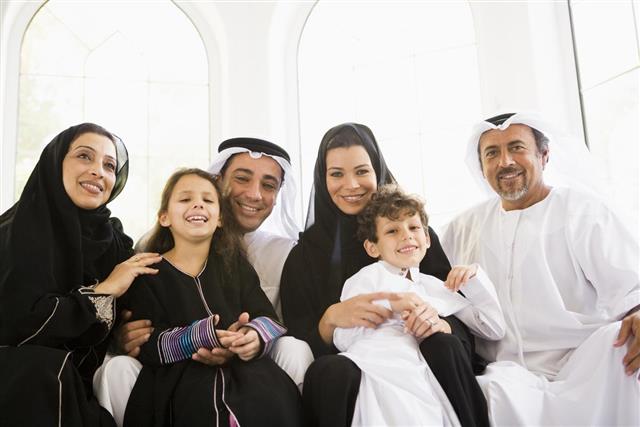 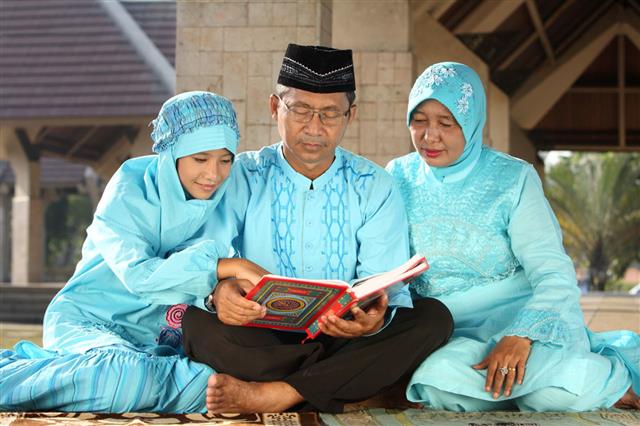 Aheda Zanetti, a Lebanese Australian, who is the founder of Ahiida Pty Ltd (AHIIDA) is the designer of the burqini swimsuit for women which has the brand name Ahiida. The suit covers the whole body except for the face, hands and feet.

A covering or veil is a piece of clothing that is used to cover the head, face, or anything which has a symbolic importance or sacredness. Though the issue on veiling is not very clearly documented in Muslim writings, it is commonly associated with women and holiness. The veil is worn by Muslims to show respect to an object or as an expression of their cultural identity.

A veil can either be a loose scarf over the head or a part of the whole body cloak that covers every inch of the body. There are various types of Muslim veils, such as the partial coverings like hijab, niqab, shayla and al-amira, and the full-body ones such as burqa and chador. A woman’s culture and sect of Islam can influence what type of veil she wears.

Hijab is a scarf that is used to cover the hair and the neck, but the face. It is a square or rectangular piece of cloth which is folded, put over the head and tied under the chin as a headscarf. After attaining puberty, Muslim women wear the Hijab when in the presence of adult males or adult non-Muslim females who are not from their family. A hijab is available in various colors and shapes, and often matched with a woman’s outfit. It is most commonly worn by Muslim women all over the world.

Niqab is a scarf or a combination of head veil and scarf that covers the head, ears and neck, but the eyes. Another type is where both the forehead and the eyes are shown. A niqab often extends till the middle of the back and the chest area. It can be worn with a burqa or other clothes. It is commonly worn in the Arabic countries like Saudi Arabia, Yemen, Bahrain, Kuwait, Qatar, Oman and the UAE, and some parts of Southeast Asia, Northern African Islamic countries and India.

Burqa is an outer garment that covers the whole body from the top of the head to the feet. The entire face is covered including the eyes with a mesh screen to see through. It is worn as a usual daily clothing by Muslim women in some Islamic cultures when going out in public and removed after returning home. It is the most concealing of all Muslim veils. Burqas are commonly associated with the Afghan chadris. They come in many different colors.

Chador or chadar is an outer garment or open cloak worn by Muslim women in public places in some parts of the Middle East, especially Iran and Saudi Arabia. It is a full-length semicircular fabric with no hand openings, and is held together by hands at the front. It is tossed over the head and let to flow down over the clothing underneath. A chador is worn with the hijab to show modesty which is vital according to Islam. Chadors are mostly black in color, but are available in other colors too.

Popular in the Gulf countries, abaya is a cloak worn by Muslim women when in public. It is a long and loosely fitted garment which is worn over other clothing. It is usually worn with a hijab or a niqab. An abaya usually has sleeves and is closed at the front with zips or buttons. It is worn from the head to the toes or over the shoulders. It is usually made of synthetic fiber.

Khimar is a type of hijab that is tossed over the head and let to flow down to the middle of the back or till the waist. It covers the head, neck and shoulders, but leaves the face uncovered.

Al-amira is on an average the mostly used veil by Muslim women around the world. It is a two-piece veil which consists of a cap that fits tightly on the head and a tube-like loose scarf worn over that. The cap is usually made of cotton or polyester.

Shayla is a rectangular scarf or a form of hijab that is wrapped around the head and pinned at the shoulders leaving the face and some of the neck exposed. It is popular in the Gulf countries. It is usually made of a light silk material.

Esarp is a long square-shaped scarf made of silk. It is worn commonly by Muslim women in Turkey. It is available is many patterns, prints and colors.

Tudung or tudong is a Malay word, which means cover or veil. It is a one-piece scarf worn as a veil by women in Malaysia, Singapore and Brunei. It covers the hair, ears and neck, but the face. It also consists of a circular panel at the front which is adorned with various designs. It is worn as a dress code for office, schools and formal occasions.

Doa gaun is a clothing that is worn over any dress. It comes in two pieces, the gown and the headscarf. It is commonly worn in Indonesia, Malaysia and Thailand. When going to a place for praying, Muslim women slip this over the clothing they are wearing and take it off after returning from worship.

Dupatta is a rectangular piece of clothing used by women in India, Pakistan, Bangladesh and other Asian countries. It comes in a wide range of colors and designs.

Batula is a mask that is worn as a face covering. It comes in different styles. It is worn with an abaya or a burqa. Batula is common in United Arab Emirates, Oman, Qatar and Arabs of Southern Iran. Older women and those living in rural areas wear it. However, this style is gradually becoming less popular and has nearly died out in the newer generations.

Jilbab is a long and loose-fitting coat or outer garment worn by some Muslim women. The entire body is covered except for the hands, face and head. It is worn with a headscarf like a hijab or khimar to cover the head and neck, or with a niqab to cover the hands and face. 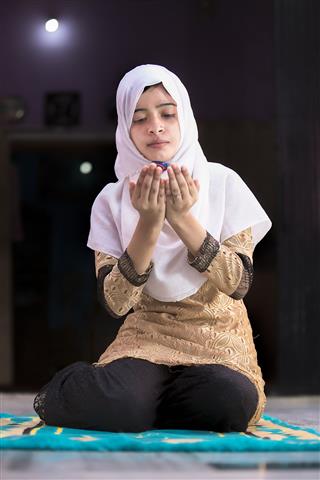 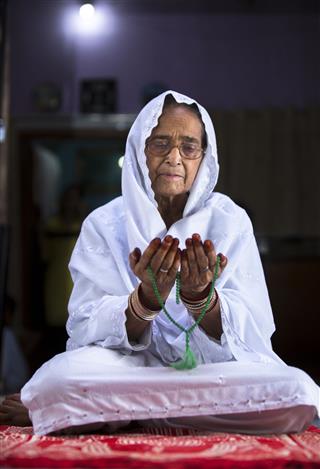 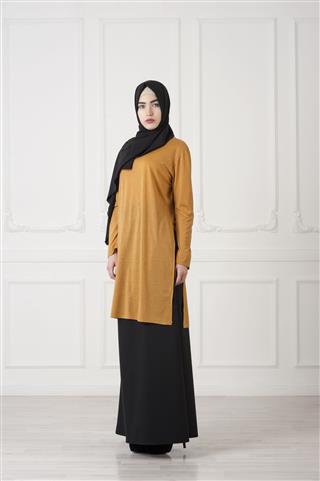 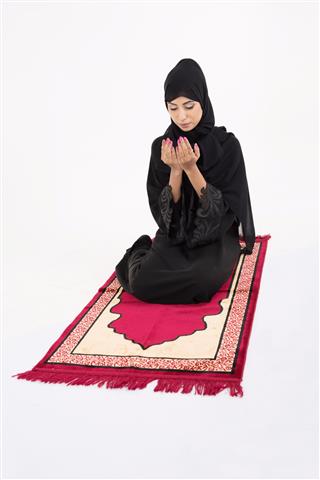