The Met Gala: What the Fuss is All About

It's the night that is highlighted on fashion calendars. It's exclusive, it's expensive, and it's enormously lusted after. But why is the Met Gala such a big deal? Fashionhance gives you the lowdown on the event.

Home / Uncategorized / The Met Gala: What the Fuss is All About 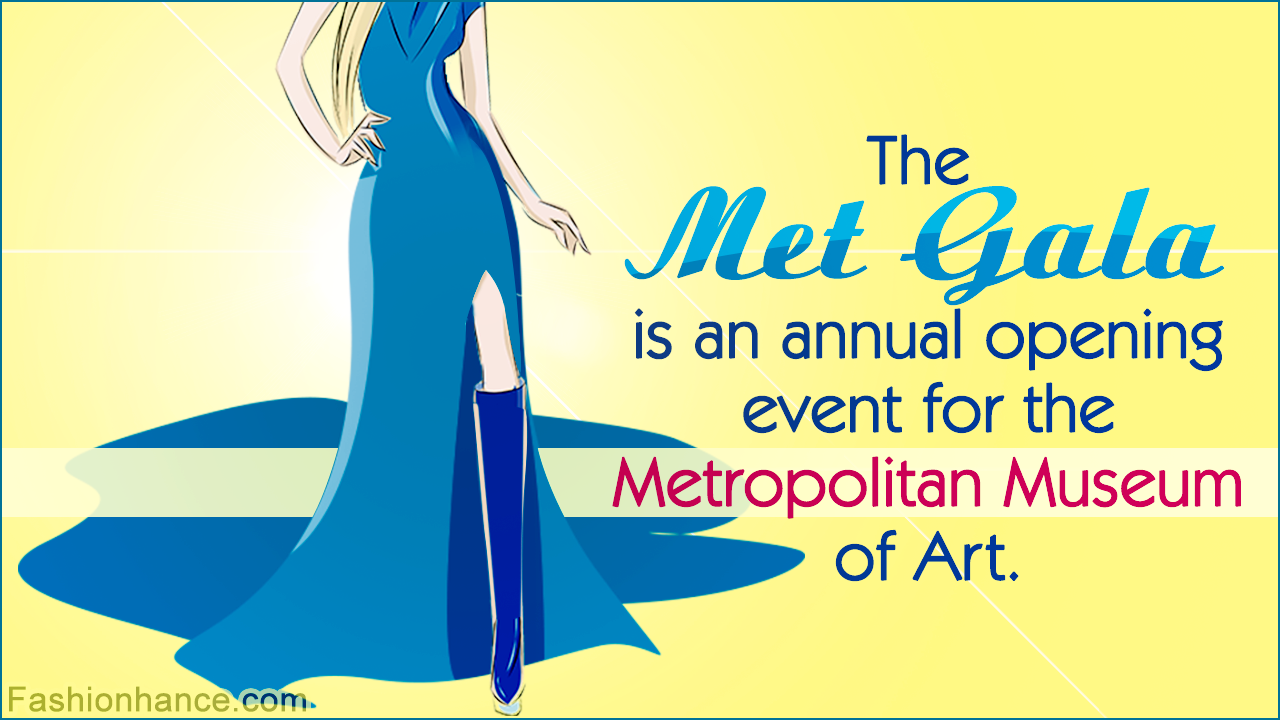 It’s the night that is highlighted on fashion calendars. It’s exclusive, it’s expensive, and it’s enormously lusted after. But why is the Met Gala such a big deal? Fashionhance gives you the lowdown on the event.

Here’s your chance to become the metaphorical fly on the wall and learn all about this astonishingly over-the-top event that makes for great people watching. It’s an evening that allows celebrities to feel even more special by giving them a sneak preview of the exhibit and permitting them to let their hair down at a museum after hours.

What the History Books Say
Aline Bernstein and Irene Lewisohn are credited with founding The Museum of Costume Art, which in 1937 was merged with the Metropolitan Museum in New York. This entity that was added to the Met became its Costume Institute department. While initially it had a permanent gallery space, the fragile nature of the costumes and accessories forced the authorities to rethink their exhibiting strategy. Thus, the first annual ball was held in 1948. Society ladies would pay USD 50 to attend a midnight supper wearing gowns from the Institute’s collection. In its initial years, the ball would have very few celebrities and invitees consisted of museum patrons.

In 1971, Diana Vreeland took over as consultant to the Institute and took charge of the annual gala, giving it a complete makeover. She increased the ticket prices, and hosted fashion extravaganzas with themed, fantastical story-like exhibitions. It was during her tenure at the Institute that the Gala became the fashion event of the year.

Then came the era of reigning fashion czarina Anna Wintour who became the chair at the Costume Institute in 1995. She made celebrities and models an integral part of the event. She is also responsible for making it the major fundraising event it is today.

Did you Hear About the Themes?
Every year organizers, which include Wintour as the residing queen, decide on a theme. This theme allows the Institute to put up an exhibit that showcases how fashion is a reflection of the different cultural changes in society, and traces societal evolution. Occasionally, it is also a tribute to a designer who has changed the game completely. Guests are expected to highlight the theme in their clothes. This primarily makes the party the fashion extravaganza of the year as celebrities go out of their way to create a show-stopping statement as they ascend the steps of the museum. Given below is a list of the themes from the year 1971 onwards.

The theme, like we said before, dictates the event to a huge extent. The event, which includes a cocktail hour and a formal dinner, has a décor that will put most party planners to shame. Every decorative element at the event, from the table setting to the flowers, to the motifs used, to the centerpiece, sits in perfectly to create a cohesive unit. So, in 2008 when the theme was Superheroes: Fashion and Fantasy, the entrance had three larger-than-life sculptures of superheroes, the interiors had a Krypton like feel to it, and even the food had a superhero influence. Cut to 2011, where the theme was Alexander McQueen: Savage Beauty and you saw an influence of his various collections with sparse branches ornamented with white blooms decorating the entryway and green hydrangeas coupled with white roses reflecting McQueen’s penchant for breaking the rules while keeping tradition. This year for the Punk: Chaos to Couture exhibition, you had 51 punks flanking the steps of the red carpet, a huge chandelier made of 14,000 blades, and 97 wigs in the exhibit.

Do you Want an Invite?
Don’t hold your breath! To score an invitation, you have to be at least one (but preferably more) of the following: famous, beautiful, fashionable, filthy rich, powerful, or influential. Not only that, you must exemplify these traits to Anna Wintour’s exacting standards – she controls the guest list, and she can nix you in a heartbeat. If you do pass muster, you still have to pay to attend-unless you’re the hot celeb of the moment, a company decides to sponsor you, a designer takes you along as a date, etc. Large brands cover a large portion of the ticket prices and individual tickets are extremely difficult to find. Even if you can find a ticket, the prices are enough to give you a stroke. Come 2014 and the prices of the tickets are set at a whopping USD 25,000 per person. According to sources, not only is this to up the amount made from the fundraising endeavor (on an average the event makes about USD 9 – 11 million) but also to make the event more exclusive.

What’s With the Clothes, You Say!
Let’s face it! At the end of the day, the Met Gala is a fashion event and what would such an event be without outrageous costumes. The Met Ball has become synonymous with avant-garde fashion and celebrity risk takers. Your outfit has to be fabulous and full points to you if you can use the theme of the year as a starting point for your outfit. While most people pull stops, the event has its share of hits and misses. Take for example this year’s Gala, where the theme was Punk: From Chaos to Couture; Miley Cyrus and Madonna came out like gangbusters, while Gwyneth Paltrow, Sarah Jessica Parker (save her Mohawk-style headgear), Ashley Olsen, and most importantly Kim Kardashian didn’t quite seem to understand the definition of “punk”. Vogue editors (read Anna Wintour and staff) often play a huge behind-the-scenes role in wardrobe selection. They pull dresses for guests and make bold suggestions that will get the right amount of attention on the red carpet.

And, There’s Food and Entertainment
The Met Gala originally began as a midnight dinner, and they continue the tradition of serving food to the crowd. The menu varies to match the theme and is served in the museum. It is hosted in a different room of the museum every year. Of course it’s the absolute finest cuisine. After-dinner entertainment is a musical performance, and it’s a surprise! It could be an incredibly talented opera singer, or it could be a pop star. Past performers include Rihanna, Kanye West, and Lady Gaga.

Most of us mere mortals can only dream about attending the Met Gala and so we have to make our peace with stalking guests online as they reveal their outfit selections on the red carpet. This star-studded event, which takes a mammoth eight months to plan, drives most celebrities into a frenzy. If you are a fashion fanatic and follow every move of the style world, then this is the one event that you definitely cannot afford to miss, as it is live streamed (obviously).