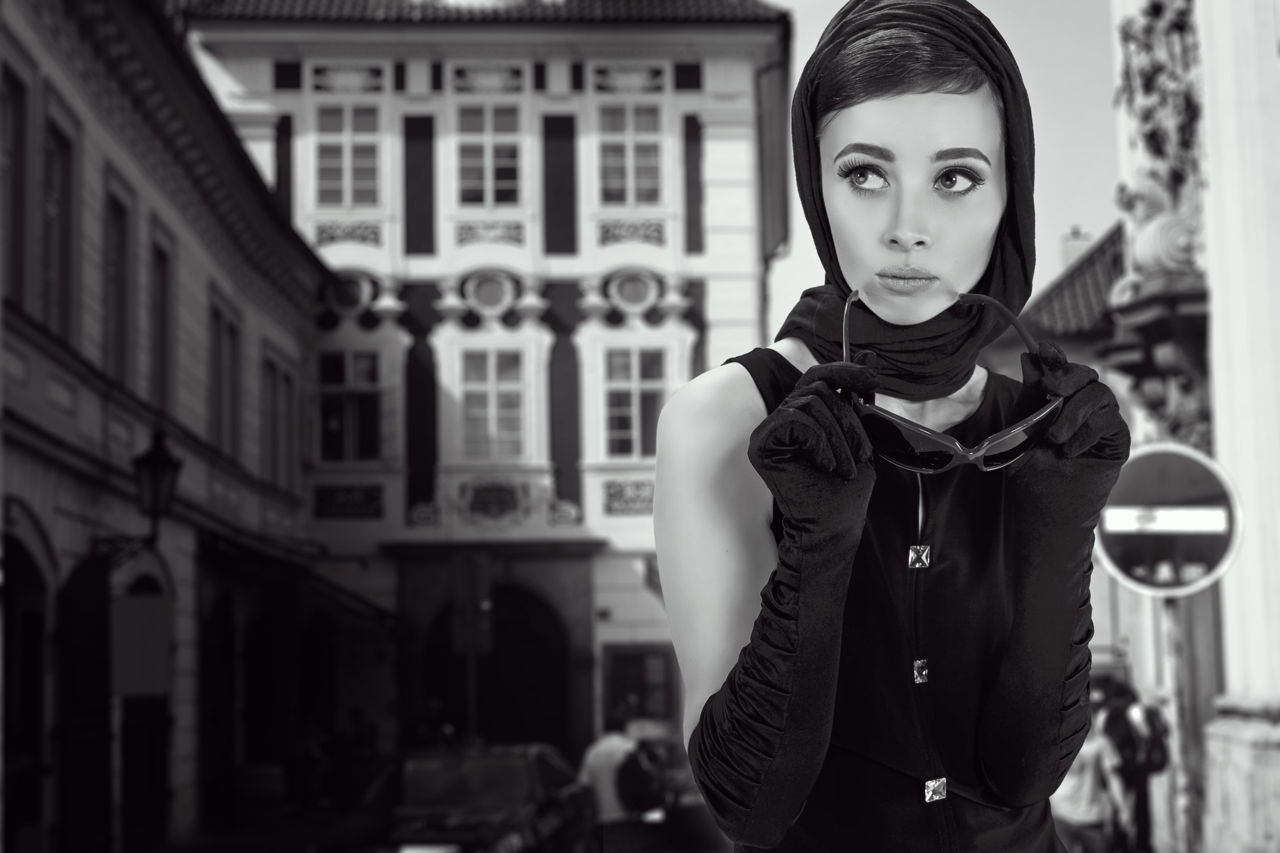 Think Italian fashion and the names of Armani, Versace, Dolce and Gabbana and Valentino come to my mind. Women as well as men in Italy take their fashion seriously. Fashion can kill, especially if it is high-heeled footwear! But seeing the plethora of creative and professional fashion designers, one can never be surprised to know that the Italian rule in the fashion segment. Italian women are known for their impeccable fashion sense and I am sure you would now be thinking twice about packing your luggage before you fly to Italy. Being well-groomed and having a chic style of dressing is just the basics! Italians are known to be perfect right down to their footwear. Quality clothing worn with loads of attitude, Italian fashion rules and how!

Miuccia Prada may not have been technically qualified as an Italian fashion designer, but she took over the Prada label and helped it scale new heights. It was Mario Prada who began this most sought after label in 1913. With a modest beginning, Mario Prada began his career with designing and marketing of his line of handbags, shoes and suitcases through various boutiques. But the turning point for the Prada label turned out to be under the rule of Miuccia Prada. Her unmistakable sense of fashion helped the Prada label scale new heights especially with the classic Prada handbag that was introduced in 1985. With her unique taste in unusual fabrics it was no surprise to see her collection of women’s wear achieve instant success! The Prada label is known for its graceful and elegant look and this is known to be solely because of Miuccia’s meticulous ways. The 1990s saw Prada gain a strong foothold in the world of fashion and this was mainly due to the prêt-a-porter collection. The Miu Miu, which was launched in 1992, is meant for the younger segment of Prada’s loyal consumers. With Miuccia’s talent and leadership skills, one can see various exclusive boutiques of this brand, around the world. Prada with its innovative designs and global appeal, rates as one of the leading brands all over.

One of the leading designers of all times, Giorgio Armani first introduced his label in 1974-1975. This Italian designer has all the finesse and class that reflected in his designs as well. Sophisticated clothing combined with a fashionable appeal, Armani gained a strong foothold when he launched his own design house in Milan in 1975. The Armani label now includes a variety of products apart from clothes such as perfumes, shoes, sunglasses, and even lingerie. Giorgio Armani is known for his elegant, well-structured and relaxed clothing. His haute couture found its way to Hollywood as well, when Richard Gere sported Armani creations in the American Gigolo in 1980. Armani was also the first to broadcast his fashion show on the Internet. Armani has also targeted the youngsters launching the Emporio, which is a line of stores first established in Italy. This Maestro with his creative and innovative designs has a fan following in Hollywood as well, with the likes of Jodie Foster and Jack Nicholson.

Guccio Gucci was initially known for his leather craftsmanship and accessories. Guccio Gucci saw his first leather goods company in 1921. He tasted success in the year 1930 when people from all over clambered for his fine collection of bags, shoes, belts, gloves, etc. The Bamboo bag was the first and one of the many products that caused quite a sensation. Gucci achieved stupendous success when he opened a chain of stores in Milan and New York. With the sad demise of Guccio Gucci, his sons soon took over his flourishing business. The 1960s saw the change in the Gucci logo, which incorporated the interlocked letter G. (Double G). Gucci was named the European Company of the Year in 1998. Today, some of the classic designs are being revamped and still have a very strong and loyal fan following.

One of the hottest Italian fashion designers, Domenico Dolce and Stefano Gabbana both worked as assistant designers till they decided to set up their own design studio in 1982. It was their passion and unique approach to their designs that finally saw the duo getting a break in 1985 when they were shortlisted in the top three, to showcase their collections for a show in Milan. Dolce and Gabbana used varied colors and targeted women from different backgrounds, which got them a wider acceptance for their label. Owing to their astounding success, they finally had to look for a bigger outlet in 1987. The distich saw major success from the year 1988 with new fashion launches and agreements that catapulted their designs on the global market. Their boutiques in Seoul, Hong Kong, Taipei, etc. gave them international success and established their strong hold on the fashion scenario all over.

This multifaceted Italian fashion designer was also known for his finely crafted designs in leather. Today, this brand houses the finest in men and women’s wear, kids’ wear, accessories, etc. Roberto Cavalli has always been experimental as far as his sense of fashion was concerned and he is a gifted artist as well. His sense of design is apparent in his works of art as well. His affiliation towards leather saw Roberto Cavalli invent the process of printing onto lightweight leather. He even created a new benchmark in the world of fashion with this combination and his patchwork creations. Surrounded by art since his childhood days, Roberto Cavalli is known for his wild and flirtatious designs with experimentation in materials.

Any list of designers would not be complete without the mention of Fendi. The House of Fendi was founded by Adele Casagrande and was later named after his wife, Edoardo Fendi. As time passed, Fendi was looked after by Adele’s daughters who soon ensured that the brand tasted success. Fendi is known for its fur accessories and ready to wear garments and this empire rewrote all the rules with its varied designs. The Fendi sisters saw tremendous success with their fashion shows as well. This soon established them as a leader in haute couture.

Some of the other Italian fashion designers that created history with their innovative designs are Versace, Valentino, Ferragamo, Trussardi, etc. Fashion models, too, are gaining a strong foothold in the fashion industry. It is therefore seen why Italy has been the home of such creative designers and also successful fashion weeks, which provide a rostrum for creative talent.