Adorably Wacky Fashion in the 1960s That You Must See

After many years of conservative dressing, fashion evolved in the sixties. Style became liberal and radical. The influences from all over the world were more than evident.

After many years of conservative dressing, fashion evolved in the sixties. Style became liberal and radical. The influences from all over the world were more than evident.

When you think about fashion in the 1960s, the first few images that flash through your mind are of the hippies; bohemian, vagabond-like, and individualistic. What many of us do not know or probably don’t remember is that there was a lot more to the fashion in the sixties than just the clothing styles that the hippies favored. The 1960s was an amalgamation of a variety of trends.

After the extremely stylish and fashion-forward fifties, the sixties was all about discovering oneself. It was the era of revolution. It was the generation that freed themselves from set rules and traditions and sought their right to expression. They believed in the freedom to state their mind the way they wanted to, and they did the same in any and every way they could; including the clothes they wore. 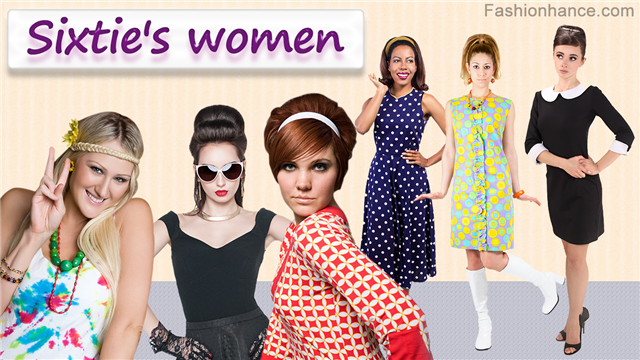 In the early sixties, there was still a hangover from the 1950s. Women chose to wear clothes that were elegant, quite often mimicking the look that Jacqueline Kennedy favored. Suits with box-shaped jackets, Peter Pan collars and buttons in contrasting colors were extremely popular, as were simple dresses with flowing skirts. The pillbox hat also saw a surge in popularity around the time.

With the release of the movie Breakfast at Tiffany’s in 1961, came the popularity of one of the most iconic pieces of clothing of all time, the LBD, as worn by Audrey Hepburn. Many women who preferred a simple and elegant style imitated this dress. Shifts (simple, straight-cut dresses with geometric patterns) were also in vogue.

In 1964, Mary Quant unveiled the mini skirt and it changed the life of fashionistas all over. Almost every young woman in the western world was sporting dresses in this length. The mini dresses were usually cut in an A-line style. Sleeveless shifts in mini lengths were quite the fad. Floral, kitschy prints, polka dots, watercolor prints were the preferred fabric patterns. Boots, especially white go-go boots were often worn with these mini dresses.

The ‘angel dress’ also made its appearance during this time. A micro-mini dress with a flared skirt and long trumpet sleeves, it was often worn with tights or stockings.

Then towards the end of the 1960s came the hippie style of dressing with its androgynous look. And this style lasted till the early 1970s. Women wore frayed jeans, long skirts with peasant blouses and headbands. Tie and dye t-shirts with fringed jackets were also hugely popular. The mini skirts from the earlier years maintained their popularity through this period. 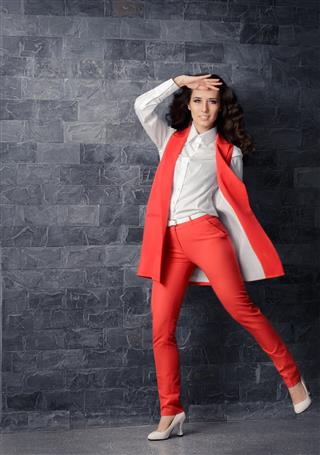 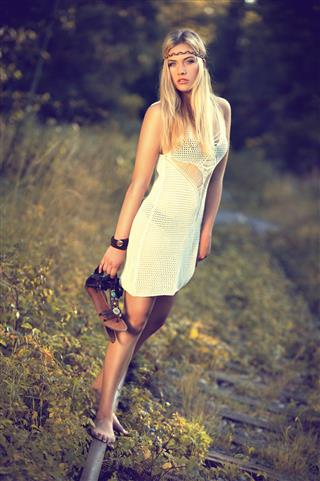 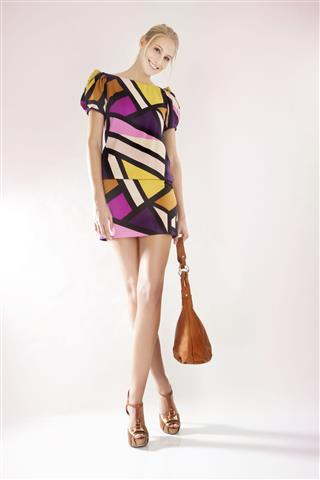 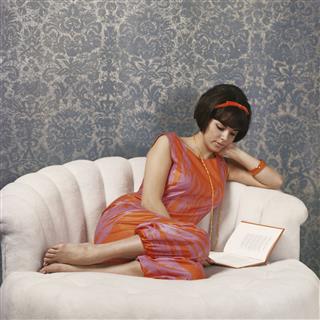 Towards the end of the fifties, menswear took a more vibrant and colorful shade. This trend continued into the sixties. There was some throwback from the fifties with the popularity of plaid suits fading out only towards the mid sixties.

Men’s clothing underwent a renaissance of sorts in the early sixties. The inspiration for their clothing was predominantly from Europe and Latin America. Suits were fitted, bespoke clothing was commonplace, and thinner ties became quite a vogue. Men shifted to wearing single-breasted suits with narrow lapels.

The Modernists or Mods were a huge influence on the kind of clothing that men wore. The look they preferred was often known as the city gent look. The fit of the trousers was slim-fit and the shirts were narrower too. Turtleneck t-shirts and cardigans were extremely popular and were teamed with blazers, and even shirts. One of the most popular colors to adorn was black.

Towards the end of the sixties, the style of clothing became more or less androgynous with men and women wearing similar patterns. Bell bottom pants, paisley shirts, polka dots, and tie and dye were some of the most popular trends of the time. Grungy jeans were also a huge fad.

The 1960s was an era in which fashion truly traveled. The wanderlust was evident with clothing influences from Europe, Latin America, Asia, Africa, and even the Middle East. It was a decade of diversity and it was a decade of self-expression. On all counts, the sixties was a truly fashionable decade.